and her online art piece:

In the middle of June Things Mother Used to Make had its first online presentation in the evening, like a regular movie, or a performance. Brought directly into my home, I was excited. Dawn has few equals: she is her art. Over the last twenty years I saw her performances like wind in my brain. To tell the TRUTH? A way of speaking…not for Dawn Kasper. She branded the five letters one by one in the inner part of her right arm. On the left arm she bears the word LOVE, also branded.

Her thinking is movement through the whole body. For years she spent hours exposing her body as if she had been killed, every time a different character, a new situation, and preparing for the performance by drawing in detail all the components of the crime scene. We used to talk in my kitchen while, a knife in my hands, I was peeling potatoes and chopping vegetables. Dawn still remembers the wooden handle of my knife. I was all ears. Especially to the intensity of her respiration.

“Yes, but my pieces are not about wanting or being prepared to die, they are about feeling life more. I become more myself through the work. Is it bad to admit it?”

Short-circuit for my brain; I had the sense that a mysterious monster was petrifying Dawn temporarily for reasons unknown.

“As I said in the kitchen earlier, I am consumed by curiosity in finding the meaning of life. But, I am dwelling so much on horrific imagery, asking myself why I am so attracted by this aspect of my existence. Perhaps I am already dead, I don’t know when or why.”

One day she stopped dying. New performances were sometimes dangerous, other times delightfully absurd: like painting on white paper with clear water and telling stories of daily life during the work. Always around her there was a palpable emotional field, a physical tension stronger than intellectual description. Coming out of the performing effort she was at times bruised, wounded, the very portrait of failure. And yet, she had made visible something that words express in a different way, with a rigidity we must force and penetrate to grab the movement of thoughts, or poetic visions.

With Dawn, we face the power of a struggle with no guidelines, no safe edges, no idealism, for the soul is lonely, so desperately deserted in front of the task of living, that humor steams out of her body, while laughter and tears bring the spectators into the same tragicomic disorder. Art making disintegrates in her hands as does consequential thinking: if an action is planned, Dawn’s body makes it — her mind doesn’t know how emotions will play until the action starts. What comes out is a collage of circumstances, observations, reactions to place and people and the mood of the day Objects are simple tools, her body language the powerful center. 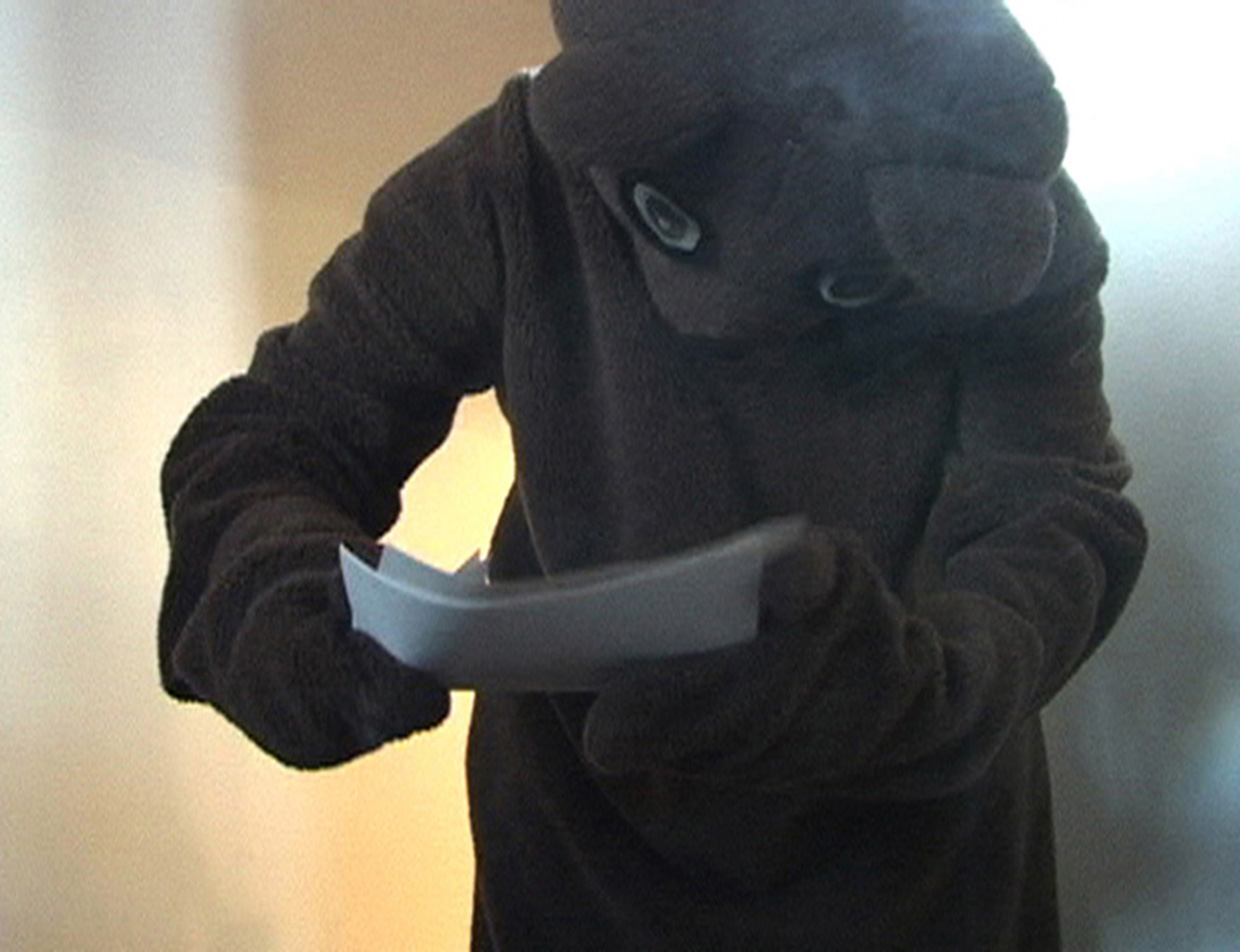 A friend of her took his life and the artist had the strange privilege of being the first to find him. “The blue rope was strung through the rafters over two different points in the ceiling. Then came down and met David around his neck.” I’m wondering now, after so much time, if in her terror and despair facing this real death she had a tender wish hidden in her mind, like to give her dead friend a teddy bear. A few days after she made herself a bear, covered by mask and skin, and told David’s story reading a sheet of paper she had written on. Curiously, death goes with words: no more change.

These are words from the online piece. Twenty years after my first shock in front of her performances, Dawn Kasper keeps dealing with the tragicomic quality of the living. Things Mother Used to Make is a presentation of ingredients for the art piece. Spectators must put the pieces through their paces, discover and absorb their scent before the immersion into the peculiar flavor of the whole piece. The ingredients are:

—  A long musical piece, sounds of the “recording of a recording”

— The title comes from the title of a 1922 cookbook 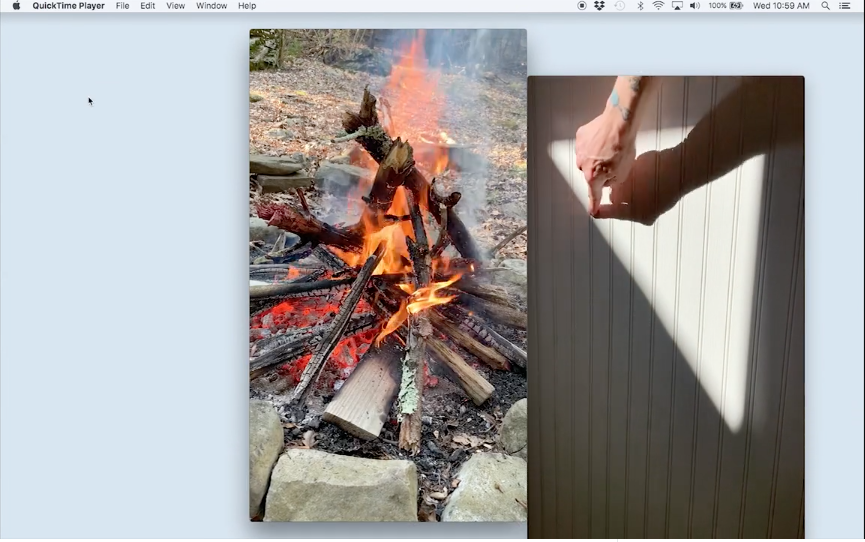 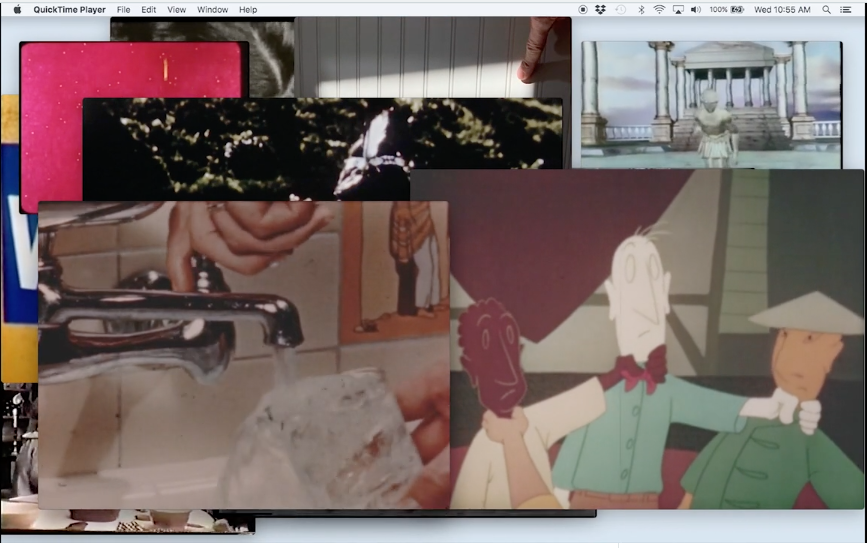 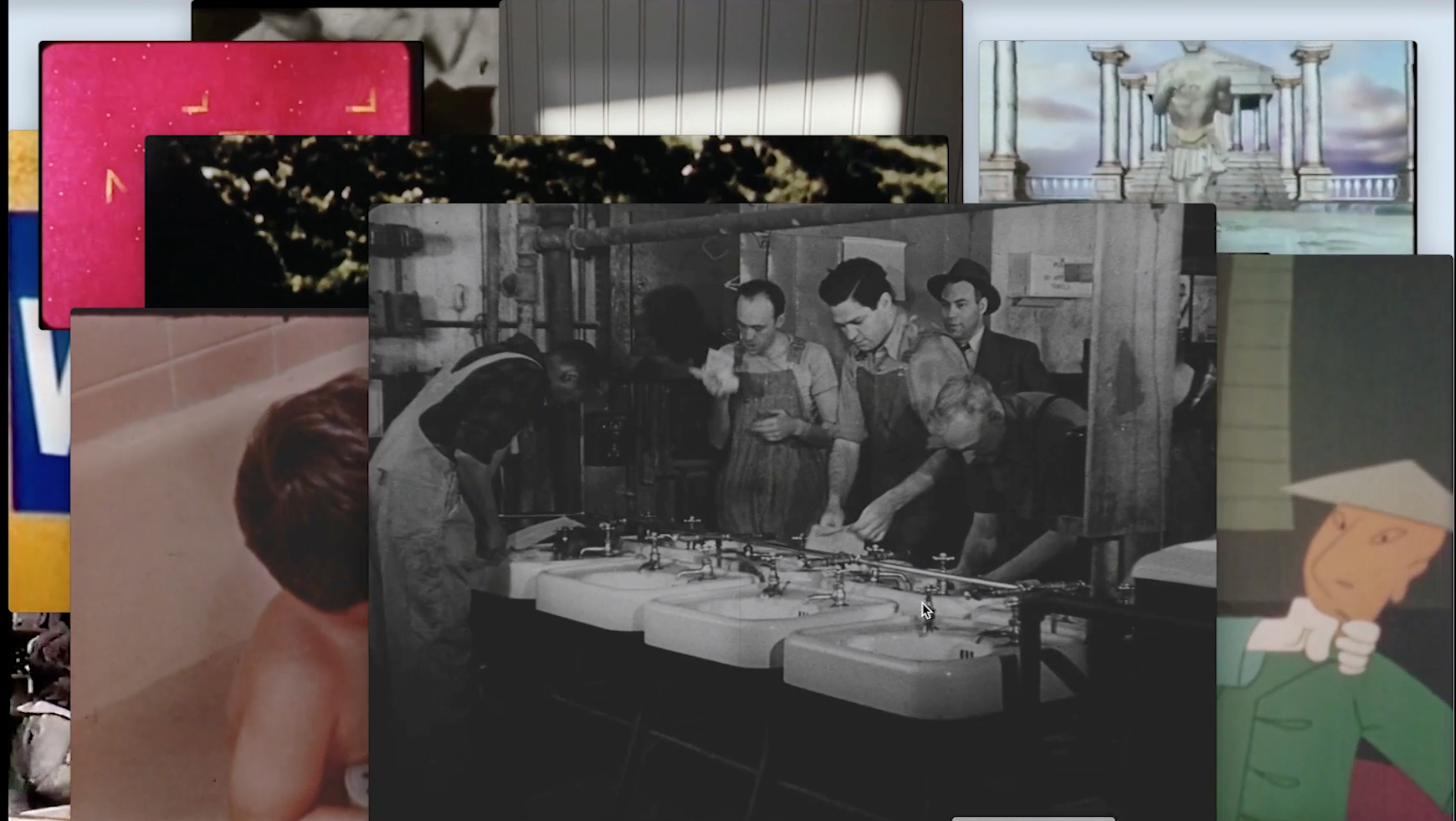 I would add that Mother’s ghost hovers on the whole pile. And, like any good food, the piece needs to be eaten to exist; art pieces are not different from food. Except, senses here are stimulated without physical objects. Like Pessoa, Dawn Kasper leaves their real bodies for dead and instinctively picks up their souls, merged with her dreams and ours. Ronawave defeated by art.

Two hours after viewing the piece I wrote an e-mail to Dawn:

I liked your piece: it was puzzling in an interesting way,  music bringing an inward lack of expectations and high pitch listening of the same inside.

Probably helped by the sequence of subjects you had listed separately, insisting in separating words from images and sounds, you made me think of your mind and mine and everybody else’s revisiting what mother used to make through her own life, and yours, and mine, and others’.

In this way the piece was a moment of separation from the constant violent mess around or mental confusion. It was a clean time of light feelings, and cartoon like memories, they flatten, don’t they?

I’m probably dreaming, as usual, but I felt your beating heart in your fingers making the visual collage. Another experience I already had with you in person, when you made the little books at my house. You think through your body.