Photographs by YVES TREMORIN
from two series: Mother and Daughter and Mystic Garden

I will never know if the name of things is stronger than their physical presence, if it adds meaning to the surrogate images of what’s naturally ‘visible.’ I’m not even sure that the best photographs and films are meant to reassure our mind about the truth of what we see, for instance.

Yves Trémorin, magic fisher and maker of images in Saint Malo, Bretagne, often gives me the impression he’s taking details from bodies he loves as if he had his eyes closed, and in such way he could let the details escalate his mental touch, his effort to capture the unique, ungraspable presence of women he knows, from which he was born. It’s a fact.

He photographed his grandmother in 1984, when she was ninety-one. And his mother now, in 2017, ninety-one years old. Right now, their images share the same age, look at them now and here they are: mother, daughter. A son looks at them, reveals the power of their nameless presence: women, first of all.

They are living molecules of vision. There existence, like the stem of a flower, a leaf wrinkled by her journey through life. If natural existence is the subject, their body, a female body, finds a powerful stance in the space of art. If it is nor clear who’s who, as they are both mother and daughter, we focus, instead, on their appearance surrounded by shadows, by all the stories and times that we do not know that feed their images and were their lives. We start dreaming about those images: the woman lost in her flowered dress comes from mythological times, she is Eve in her old age, still offering something mysterious, not an apple, it can be a piece of bread or a snake. She smiles. Would you take it?

Existence in art is artificial, construction and translation. Also in photography: “an art which is not certain, and is as uncertain as science would be, were it working on desirable or despicable bodies … impossible science of unique beings.” (Roland Barthes)

The artist is an eye, a ear, a nose, so is the viewer. Suppose things abandoned by names, and you will have a landscape of anonymous presences. The only reality they have is the perceived present: for them there is no such thing as the future. Don’t forget the person behind the camera. He explores the shadows: his profile projected on the wall repeats his mother profile. The two shadows face each other in silence; we close the eyes, it stays in us. 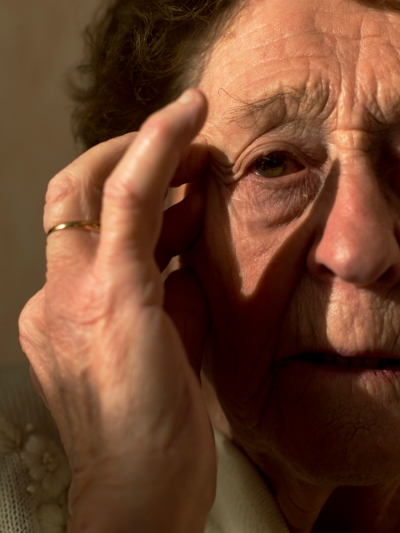 The best images I keep of my mother are not photographs. Her beautiful hands, the shape of her feet geometrically perfect because the middle toe was longer than the big toe, as in the Greek statues, are printed in my mind and bring back my extreme love for her along with a blow of darkness. Her past life shakes me, unrequested.

By the way mother, were you a virgin when you got married and immediately conceived me? As long  as you were alive, I never felt we lived on the same planet, although our bodies were unmistakably shaped in the same mold and your round shoulders made me always think of Helen of Troy. I don’t want you to be blamed forever as she has been, am I the only one in the dark? Perhaps something was muddy in your husband, father of mine. He did not go to your funeral, never puts flowers on your grave. Love must have been a needle with a thread in the eye: day by day sewing through the hole of the mood, to fix a fabric incessantly yielding. Please don’t pinch me, stories begin with a phantom.

A couple of new leaves on the cumquats shake their greenness to the morning, like wings getting ready to take off. A phantom flower blooms in my mind, it’s for you.