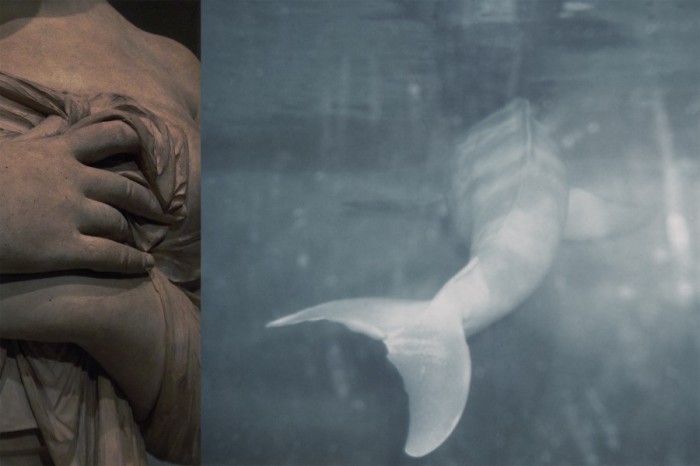 If I had a place I think I’ve lost it one day. It was the first day I could call of summer in Los Angeles. Windy, with the smell of the ocean mixed with stinky rotten jacaranda flowers. If I were Paco Ignatio Taibo II I would invent at least a picturesque name, but there is no need. Life on the bus is made with give a place to, take the place of, go places, keep somebody in his place until the common destiny of being humans goes all over the place and I pretend I was somebody else. Or I was for real, can’t be precise about it. Tags in my brain got confused: it started at the museum. Mark Bradford paintings were an intimate place where his own skin, his organs mutate into moments of natural expansion of spots and branches, and unnamed maps. A loud docent looking fifteen, his assurance tells he is older, pontificates in front of twenty African-American teens showing them one painting, the first in the exhibition. “Can we see the rest of the show?” asks a boy. Desire in his voice. “No, there is no time, go to the other galleries.” Click, push, go, follow directions, you are only an occasional machine. Can’t choose on your own. Art, art, what am I thinking? Walking through a not far away time of my life I follow the directions in the same museum that spells: Telephone, Restrooms. If that’s the spirit I better obey. No problem with the restrooms, but the public phone was real only in my memory; an empty niche in a wall whispered, “I miss it.” A janitor passing by must have found me pathetic. I was staring at the hole. The young docent’s voice, implacable, bumped my eardrums along the staircase to the very exit. He had become an expert on AIDS percentages in the U.S.. Jeez, why does art scare him so much? He’s made of himself a perfect machine, maybe the system might fix his engines if he goes wrong, as they do with aircraft. My place is out of there although it is not clear how it happens that drivers waiting for the green light keep their metal wrapping still instead of killing us all in our little shoes on our feet. A cloud of fear materializes around me. I can be surprised, still love the wind caressing my neck. I jump on the n.1, drop my body on the closest seat half covered by the smooth, half naked black thigh of a handsome big guy with black glasses John Belushi style. “Aren’t you scared sitting next to somebody like me?” He was the least of my concerns that day, and yet instead I didn’t want to offend him. He was a soft, large presence. By eye, I would say half my age. “Why, because you are a big guy?” Idiot, I told myself, this is after the killing for racial hatred of nine people in Charleston, history is being rewritten taking the confederate flag out of the roof, he is black, I’m white. Or, my Southern Italian blood, who knows, could have drops of black blood. As he could have drops of white blood in his veins. “I’m not dressed properly” he said. Things are confusing. He is clean and smells good, no perfume. “Where do you live?” I asked needing to place him somewhere out of Santa Monica Boulevard. “In the Palisades.” Pause. “Why do you ask?” he replied. His voice, low and pleasant, awakes the spark of a question about my … intentions? “I don’t know,” I answered with a tiny, undetectable shudder of my shoulders. I was amused. “Maybe you could be scared of me.” I said it and felt the terrifying old woman that I am, the three horizontal wrinkles on my forehead almost pricking my face. 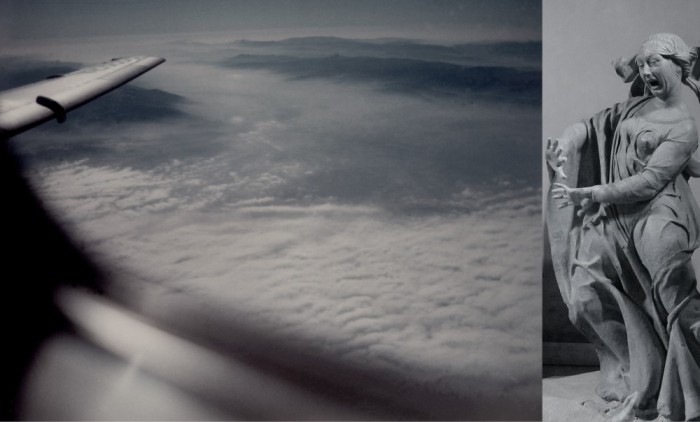 PS    Mad Love is an ongoing project by Eileen Cowin. These are two of the many images from the project.