AN ISLAND OF HOPE by Rosanna Albertini

“The interest of life is experienced by participating and by being part, not by observing nor by thinking.”

Max’s fantasy landscape is real, not imaginary.  He worked on it like a gardener. His island, contained in a room, has all the space he needed to grow a jungle out of discarded objects found on the beach as well as branches, flowers, roots, leaves, ferns —artificial and natural— shoes, fake teeth, berries and buttons, necklaces and fake jewelry of every color and kind.

Creatures of our desire on the wings of commercial infinite reproduction.

A rusty bar the young man extracts from the sand, or a big pipe from the guts of the city lingering in his memory enter a new cycle of life: night and day bathe the island as they do with the planet, and objects wake up to the museum room looking surprised to be there. They produce an illusion of impenetrable thickness, which is so well constructed that we miss the hybrid marriage between things for a while, until a clear center of energy emerges: the big reptile head, a dinosaur? holding a long gun and maybe screaming at the sky. An upside down supermarket cart completes this theater of absurdity. Our life as it happens, turning dreams into cheap pearls and adding colors to trick the eyes, oh if the heart needs fullness! 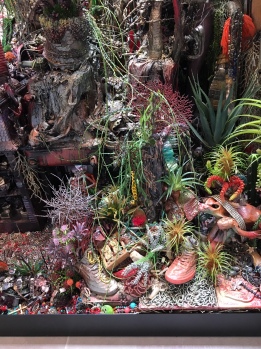 Plastic flowers last longer, it’s nice, he says. They are dead, I say. I wonder if a secret sorrow pervades this treasures trove built on affordable, popular decorations for a myth of survival. Beauty is included, made with accurate tending of artificial growths. The two humans figures are faceless. One day maybe we will wake up reshaped by hybrid forms.

His hands loaded with gifts, as Williams says, the artist built the most recent version of a romantic ruin, not a castle anymore, a transfer station to the end of time. Where nobody will cut the grass.

And “the measure intervenes, to measure is all we know,

a choice among the measures . .

“Eventually an imaginary world is entirely without interest.” (Wallace Stevens)

Sorry Max, I tried to be part of your beautiful piece without observing or thinking, but ideas took over. I tried to contain them, to plant them in your garden. They thrived on their own, I had to follow them. 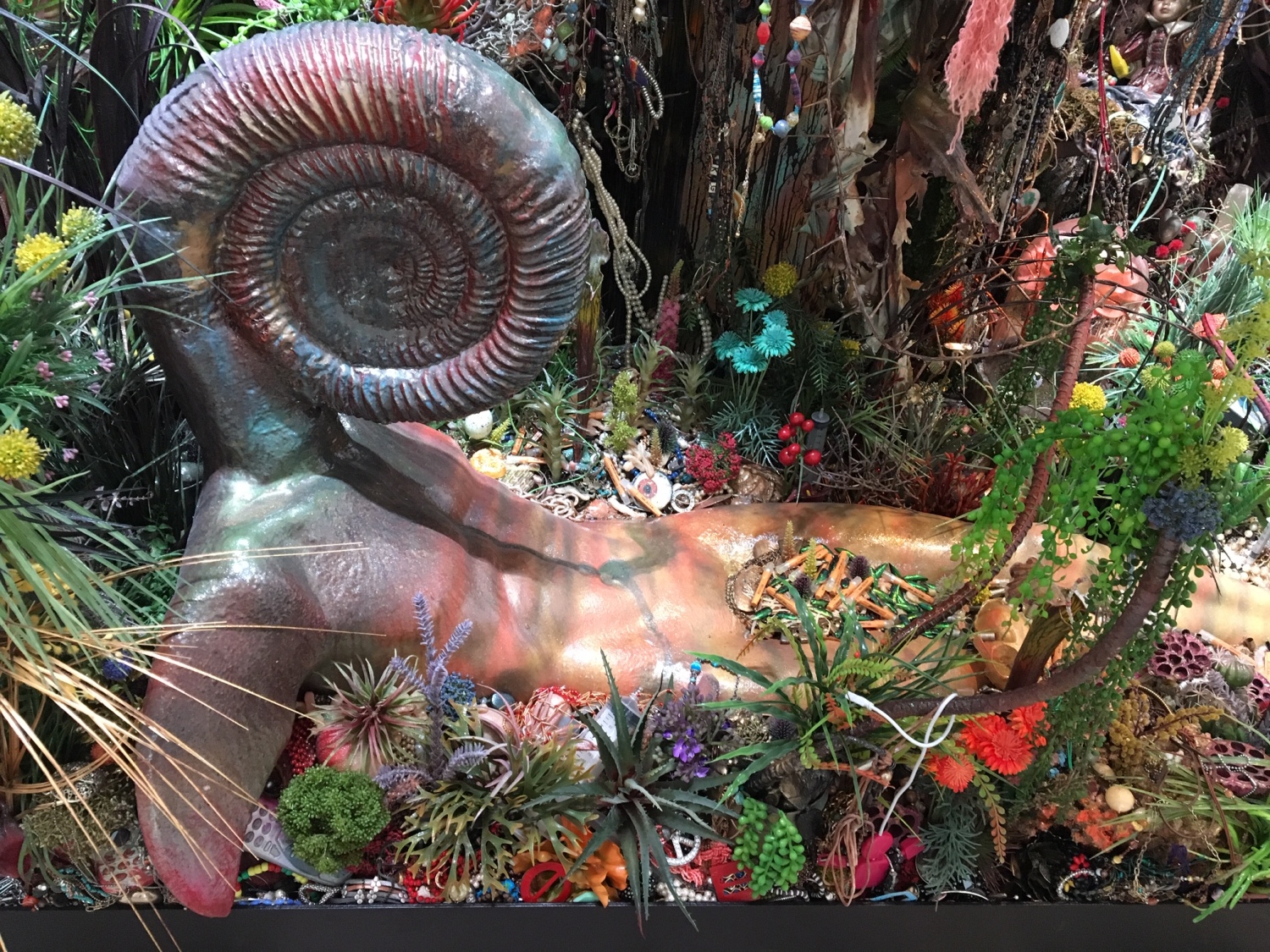