“I’m trying to find the relationship to my dance and the world.” Simone Forti 1989 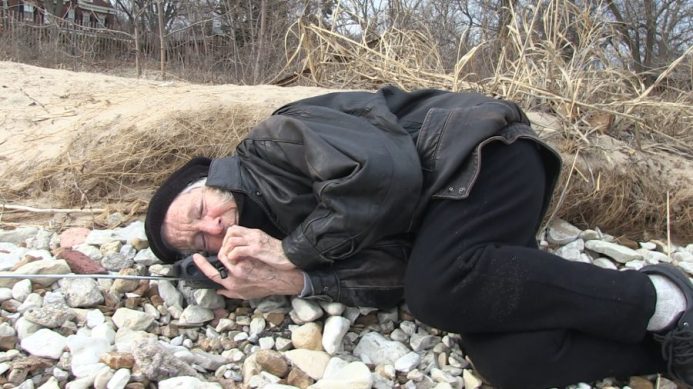 From Simone Forti’s notes written in Vermont, in the spring 1989:

David Bradshaw came to visit me a few evenings ago. We were talking about the phenomenon of development and damage to environment. He said, “people are in such a hurry to get symbols of satisfaction.” I don’t remember the exact context, but it made sense. It reminds me of my sense about posturing that goes into having certain political attitudes or ‘positions.’ Making choices out of concern for how you are perceived, being hot stuff, liberal, or patriotic, or what have you. 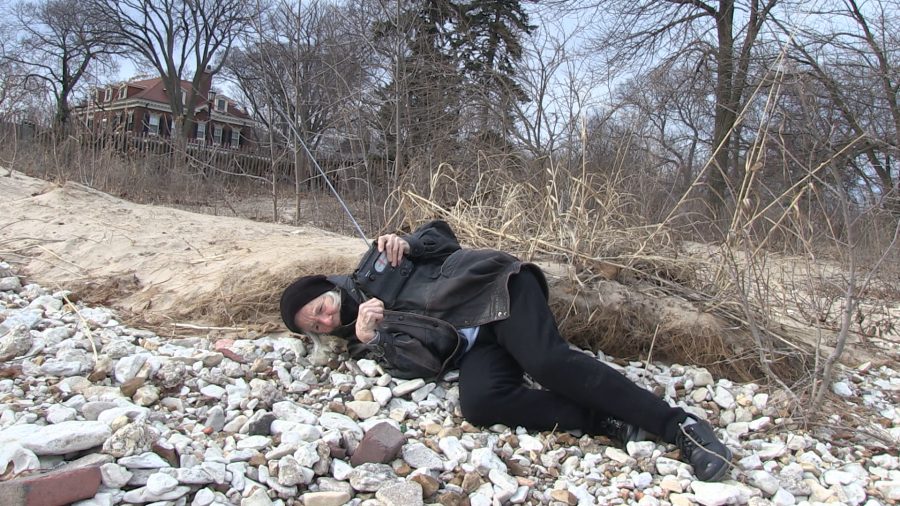 One thing that strikes me in the winter is the sweetness of warm-blooded beings. I sit surrounded by ice and snow, warm in my clothes like a juicy hot plum, a rare thing, knowing that here and there there is a bird, a rabbit in its hole under the snow, warm, juicy, marvelous. 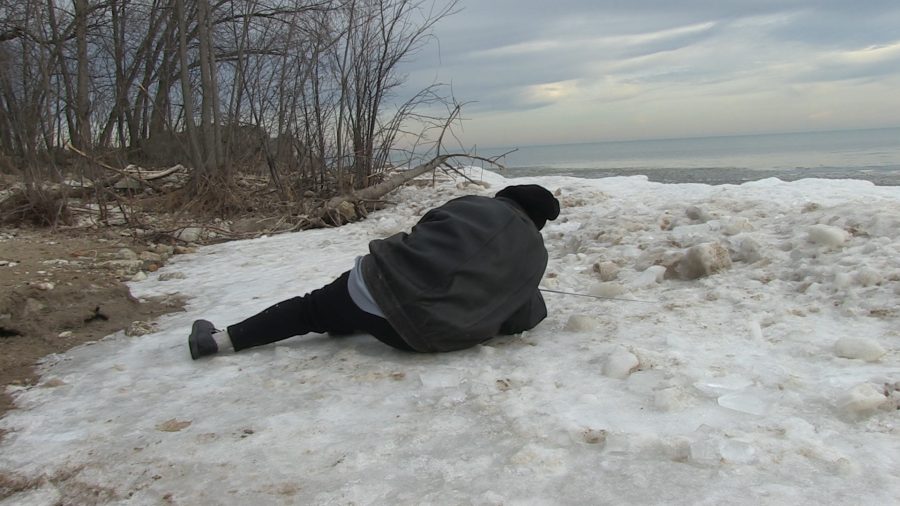 It keeps coming back to me that certain things I am aware of, the national, global things that strike me, frighten me, break my heart, come to me defined by the news. Not homelessness. I see that. But the rest, it’s like a body of information that comes to me and makes me shout “Don’t you see?” And I do believe that media gives a kind of reflection of the world. The world. Gives me images that seem solid. 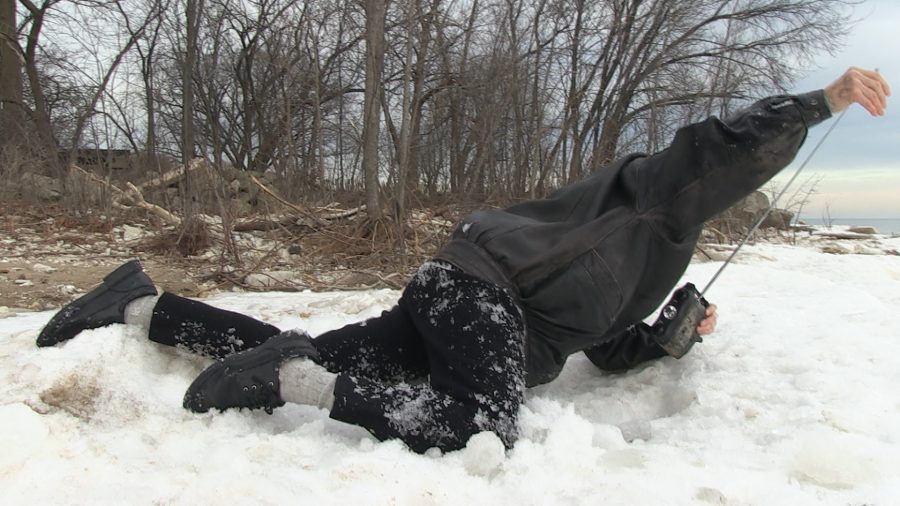 Issues are named. In a way they are names. They are constructed of experiences. They come to me as the digestion of many stories. They identify the tide of a problem. But it’s hard to say what you mean with grace. By grace, I mean the way thoughts and perceptions really go. A maze of juxtapositions of sense and nonsense, pulling towards meaning. 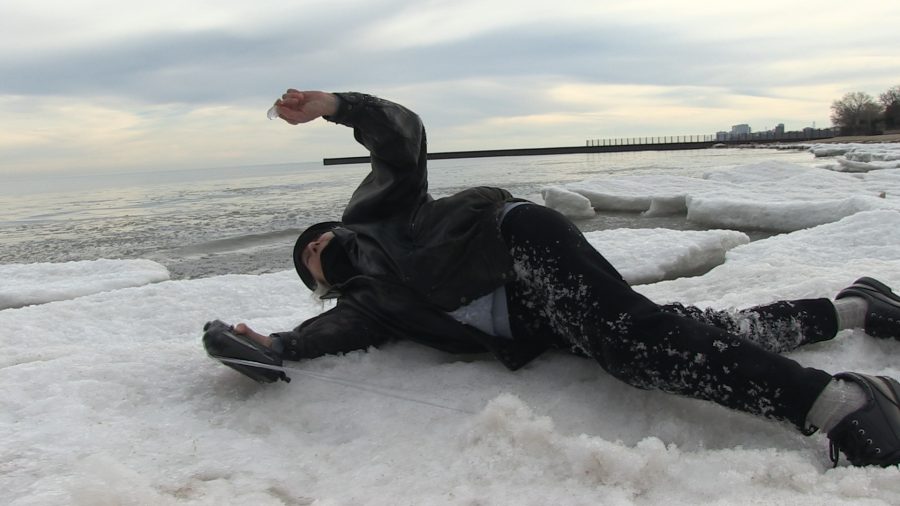 What I am learning, I am learning slowly. My previous living gives me no way to name it. Of the things I expect to name, I see only traces. That which I see, I have no names for. 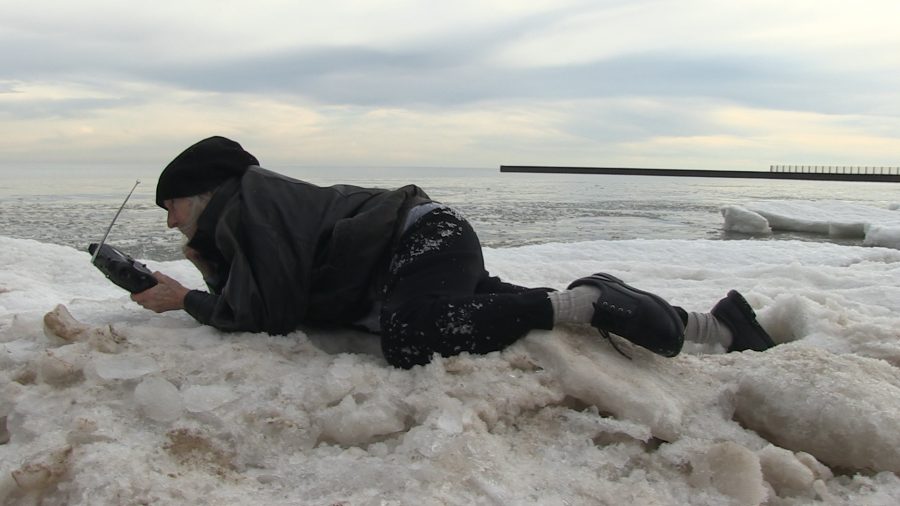 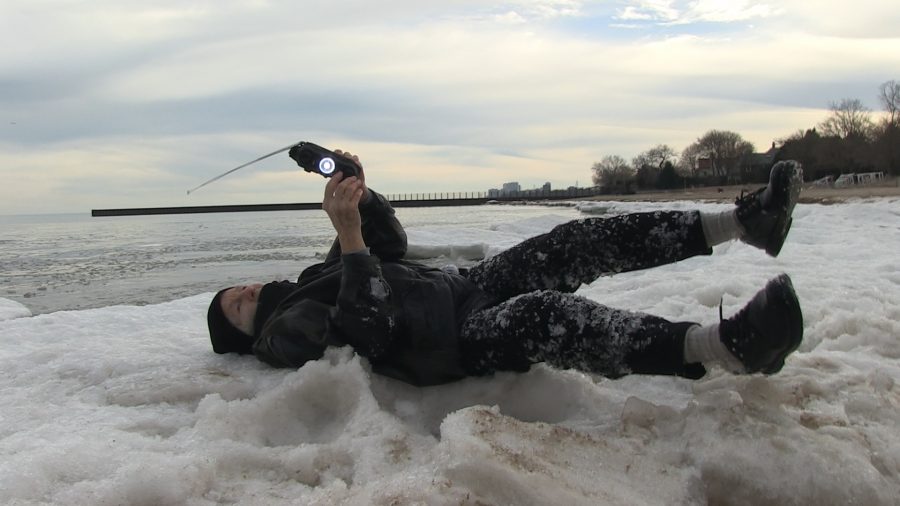 When she performs, Simone moves sending out into the air, sometimes, stories and names, or songs, that are told by her entire body. Powerful as well as invisible, the world goes through her mind like the birds’ voice in the morning, or the river flush of the freeway through the city.
I first thought that her own words from 1989 were more than eloquent company for the images of Free Consultation, her performance by the lake in Chicago. But then, because my previous living gave me the pleasure of reading, through words and grammar, the imaginary visions of brilliant, dead people,  I’m challenged even more by living friends. And Simone is not less alive than the the yellow butterfly I see every day dancing among the yellow flowers of a bush in my garden. Her immersion in the world tunes her feelings without turning out the lights of her thinking body.

A few years ago I went with Simone for a walk in Will Rogers Park. I think it was in June. The delicate undulating of the new grass grabbed our attention, but at a certain moment we stopped seeing it. “That which I see, I have no names for.” We were in a corral, no horses around. Yet we were seeing horses running, and listening to their high-pitched neighs. We were just standing still in the middle of a vibrating place, absorbing smells and hints, those dispersed by the wind. That was also what we call world. It’s constant transformation, natural power and beauty often mistaken for entertainment. How she is perceived, nature doesn’t care.

As for Simone, she likes to speak with her dead. Once more, she follows invisible threads of a natural history. Her dead father, now under the surface of the Westwood ground. She tells him, “You were in a military prison, right? Watching how the flies cleaned their front paws and then their back paws.” She says these conversations help her clean her mind. I also talk to my dead people, my Neapolitan blood. Maybe they increase my confusion, the sense of how much I don’t know about them, but they also make me aware that my life is much easier than the one they had. I even have time for writing and publishing, the least productive of all activities. “As long as you are free, says my grandmother Rosa, and she offers to me a handful of pastina.” 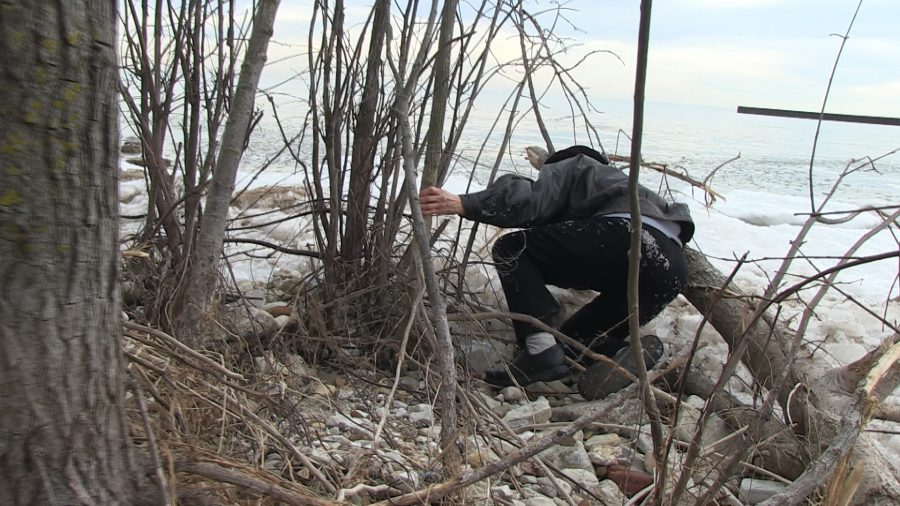